A century of physics 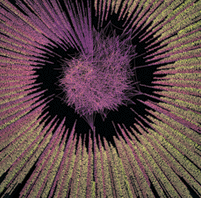 An analysis of Web of Science data spanning more than 100 years reveals the rapid growth and increasing multidisciplinarity of physics — as well its internal map of subdisciplines.

The conventional narrative of physics is one of paradigm shifts1: from the Copernican Revolution to Einstein's annus mirabilis2. And for many, the stories would seem to involve genius in isolation — the lone physicist divorced from other sciences, unperturbed by societal beliefs. But the reality is quite different: physics has always been in a constant dialogue with other disciplines, be it mathematics, chemistry or theology. This dialogue is largely driven by methodology: what traverses disciplinary boundaries is the idea that complex phenomena can be understood in terms of a small number of universal laws3.

In this era of interdisciplinary science, of biological physics, network science and econophysics, defining physics as the science of the properties of matter and energy3 is increasingly outdated and inaccurate. We are therefore prompted to ask anew: what is physics? When two engineers accidentally discover cosmic microwave background radiation, is that physics or engineering? When a physicist uncovers the structure of DNA, is that biology or physics? Is the interdisciplinary role of physics something new — a potential fad — or has it always been an integral part of the field? Is physics dying or thriving, becoming more insular or more interdisciplinary? To answer these questions, we will rely on the very framework physics pioneered: collecting data from which to draw our conclusions.