B. Yucesoy and A.-L. Barabasi 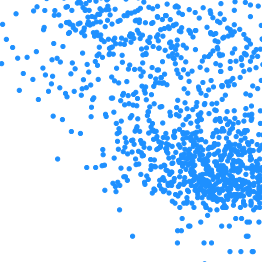 Fame, popularity and celebrity status, frequently used tokens of success, are often loosely related to, or even divorced from professional performance. This dichotomy is partly rooted in the difficulty to distinguish performance, an individual measure that captures the actions of a performer, from success, a collective measure that captures a community’s reactions to these actions. Yet, finding the relationship between the two measures is essential for all areas that aim to objectively reward excellence, from science to business. Here we quantify the relationship between performance and success by focusing on tennis, an individual sport where the two quantities can be independently measured. We show that a predictive model, relying only on a tennis player’s performance in tournaments, can accurately predict an athlete’s popularity, both during a player’s active years and after retirement. Hence the model establishes a direct link between performance and momentary popularity. The agreement between the performance-driven and observed popularity suggests that in most areas of human achievement exceptional visibility may be rooted in detectable performance measures.