Spatiotemporal dynamics of the Ebola epidemic in Guinea and implications for vaccination and disease elimination: a computational modeling analysis 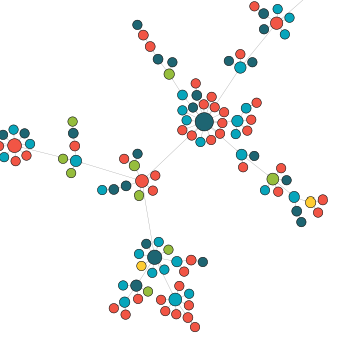 Among  the three countries most affected by the Ebola virus disease outbreak in  2014-2015, Guinea presents an unusual spatiotemporal epidemic pattern, with  several waves and a long tail in the decay of the epidemic incidence. Methods  Here, we develop a stochastic agent-based model at the level of a single  household that integrates detailed data on Guinean demography, hospitals,  Ebola treatment units, contact tracing, and safe burial interventions. The  microsimulation-based model is used to assess the effect of each control  strategy and the probability of elimination of the epidemic according to  different intervention scenarios, including ring vaccination with the  recombinant vesicular stomatitis virus-vectored vaccine. Results The  numerical results indicate that the dynamics of the Ebola epidemic in Guinea  can be quantitatively explained by the timeline of the implemented  interventions. In particular, the early availability of Ebola treatment units  and the associated isolation of cases and safe burials helped to limit the  number of Ebola cases experienced by Guinea. We provide quantitative evidence  of a strong negative correlation between the time series of cases and the  number of traced contacts. This result is confirmed by the computational  model that suggests that contact tracing effort is a key determinant in the  control and elimination of the disease. In data-driven microsimulations, we  find that tracing at least 5-10 contacts per case is crucial in preventing  epidemic resurgence during the epidemic elimination phase. The computational  model is used to provide an analysis of the ring vaccination trial  highlighting its potential effect on disease elimination. Conclusions We  identify contact tracing as one of the key determinants of the epidemic's  behavior in Guinea, and we show that the early availability of Ebola  treatment unit beds helped to limit the number of Ebola cases in Guinea.